Motions to Suppress: Getting Evidence Excluded 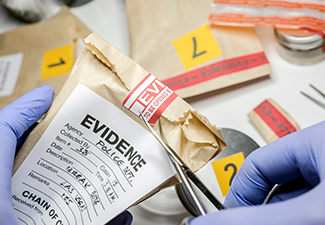 In the United States, if you are charged with a crime, you are entitled to a trial by a jury of your peers and representation by an attorney. The legal threshold for conviction is proof “beyond a reasonable doubt” that you carried out the crime. This is a high bar, and prosecutors must present legal, admissible evidence that convinces the jury that there is no other explanation for the crime other than that you did it.

Not all evidence prosecutors assemble, however, has been obtained in the proper way. Law enforcement officials in a hurry to nab a suspect may violate that person’s constitutional rights, and thus, any evidence they obtain may be illegally obtained, thus, inadmissible. This is often the case with illegal searches and seizures, but other circumstances can also represent rights violations.

Your defense attorney, in reviewing the evidence and how it was obtained, may be able to challenge some of it prior to trial through a motion to suppress. If successful, this can make it much harder for prosecutors to meet their legal bar of proof beyond a reasonable doubt, and in some cases, may even lead to the charges being lessened or dropped.

If you are facing a criminal charge in or around Clearwater, Florida, contact the criminal defense attorneys at The Law Offices of Hoskins and Penton, P.A. We will listen to your story, evaluate the evidence against you, and develop a defense strategy to aim for the best possible result. Motions to suppress are certainly a prime consideration in defending your rights. We also proudly serve clients in New Port Richey, Tampa, and St. Petersburg.

What Is a Motion to Suppress?

A motion to suppress, just as the title suggests, is a motion filed before a trial judge to suppress, or not allow, a piece or pieces of evidence to be presented to the jury during trial. The motion is generally filed before the trial during what is called the discovery phase. The grounds vary but usually involve a violation of the defendant’s constitutional, federal, or state rights.

These rights start with federal constitutional protections against illegal searches and seizures and against testifying against oneself, or what’s called self-incrimination, as well as including the right to an attorney and the right to due process under the law. Probably the most common or glaring example of a constitutional right being violated involves evidence obtained without a search warrant or probable cause, when there was ample time to get a warrant and no circumstances to justify not getting a warrant. The evidence will then likely be subject to a motion to suppress.

What Kind of Evidence Can Be Suppressed?

Suppose someone is strolling down the street with a friend, and a police officer somehow suspects that person to be in possession of illegal drugs, without that person ever having shown any sign of being high or doing something illegal. The officer demands the person empty out their pockets. Voila – cocaine is found. The problem here that could lead to a motion to suppress is that the officer lacked any probable cause to search and seize the person’s possessions.

Another cause for a motion to suppress concerns witness identification. We’ve all seen the line-ups on TV dramas where several suspects stand against a wall and a witness, or even witnesses, are asked to pick out the one they saw doing the crime.

If the authorities managing the ID process make some kind of statement or drop a hint about who they think is the suspect – “What about this guy? He fits the description you gave us.” – then the resulting identification is tainted. Also, some witnesses use the lineup as a revenge vehicle to get even with someone with whom they’ve had an adverse experience not related to the crime.

Chain of custody issues can also result in a motion to suppress. If police haul a suspected intoxicated driver in and have a blood test administered, the transfer and handling of that sample then can become an issue. With the sample passing through the hands of so many people, how do we know it’s even the defendant’s, or that it wasn’t contaminated along the way?

Filing a Motion to Suppress

Your defense attorney, after reviewing the evidence, reading the police report, and conducting an independent investigation, can choose to file a motion to suppress. This is all done pretrial. When the motion is presented to the judge, he or she can rule immediately or call a hearing.

If a hearing is held, the judge will listen to testimony by witnesses and legal arguments from both the prosecution and defense. The judge will also call the law enforcement officials involved to testify, and your attorney can cross-examine them. Once the hearing is concluded, the judge will rule one way or another. If the motion is accepted, then the evidence in question cannot be used in the courtroom.

Get a Dedicated Defense Team on Your Side

A motion to suppress can often hamstring the prosecution enough that you, the defendant, might have an improved chance of prevailing in the court proceedings, so it is a vital instrument in your defense. An experienced and knowledgeable criminal defense attorney will be able to use motions to suppress to help your case and help shift the odds in your favor.

If you’re facing a criminal charge in or around Clearwater, Florida, contact the defense attorneys at The Law Offices of Hoskins and Penton, P.A. We will listen to your story, investigate, and work with you to fashion a strong defensive strategy going forward, including the use of motions to suppress when warranted.

Understanding DNA Used as Evidence Motions to Suppress: Getting Evidence Excluded The Validity of Eyewitness Testimony Should I Still Hire an Attorney if I Think I’m Guilty?