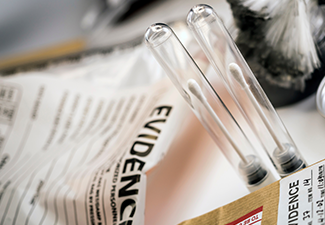 Deoxyribonucleic Acid, commonly referred to as “DNA,” is a molecule inside our cells that contain our genetic information. Not so long ago, criminal convictions were made based on fingerprints which, like DNA, are unique to individuals. Fingerprints are difficult to find if surfaces are rough or if perpetrators wear gloves. Harder to hide from a crime scene is a perpetrator’s DNA, which has now become a standard in investigations.

Since investigators started using DNA as evidence, it has been used to convict as well as to free defendants. However, though it may seem like DNA can create foolproof evidence, it isn’t always accurate, and finding DNA doesn’t mean someone is guilty. The role DNA evidence may play in your defense, pre- and post-conviction, may depend on the knowledge of the criminal defense attorney representing you.

The attorneys at The Law Offices of Hoskins and Penton, P.A., understand how DNA evidence can be used for or against you. If you are facing criminal charges or have been convicted of a crime in Clearwater, Tampa, New Port Richey, or St. Petersburg, Florida, take advantage of our experience.

How Is DNA Collected in Florida?

The state of Florida believes in the value of DNA in a criminal case. Because of this, Florida has a database with DNA records. Having a record of DNA helps create the possibility of finding a guilty person in case a new crime has occurred. Florida has DNA records from the following individuals:

DNA samples collected at the crime scene are often taken to rule people out, rather than proving a conviction. For example, the DNA of law enforcement on the scene may be used to rule them out as suspects since there is a reason their DNA is present.

There are requirements for the length of time DNA collected at crime scenes must be preserved. However, those requirements are relatively recent and do not guarantee that samples won’t break down. Samples have to be properly stored.

What Can Be Used to Collect DNA?

DNA samples can be derived from a long list of sources. Here is a list of possible items that are used:

The odds that one person’s DNA matches another’s, other than in cases involving identical twins, is incredibly rare. That low probability is what makes biological evidence used in court a go-to in criminal cases for both the prosecution and the defense.

The absence of DNA may be used by the defense to shed doubt on the prosecution’s case. The prosecution, on the other hand, may use it to bolster its case against a defendant whose DNA matches samples from the crime scene. Most juries will find such evidence compelling, placing faith in the DNA match.

Alternatively, the lack of DNA evidence at a crime scene may mean such evidence is never part of the prosecution’s case. Or the prosecution may choose to not test DNA and use other evidence instead to build its case.

How Effective and Accurate is DNA Evidence?

DNA evidence may be effective. However, it is not always accurate. In fact, it can be misleading and defective, and a solid criminal defense attorney will challenge it if the prosecution attempts to use questionable evidence of any kind, including DNA.

There are rigid standards for how DNA samples are taken and tested and even who is qualified to obtain, test, and interpret test results. Nonetheless, mistakes may be made in anywhere in the process. DNA can degrade if not collected and stored properly. Interpretations may not be conclusive or even be challenged by experts on the other side.

Also, the presence of a defendant’s DNA at a crime scene is not enough to convict. DNA can be transferred in thousands of ways, and it can happen before or after the crime occurred. The prosecution may present evidence of the defendant’s DNA without presenting evidence of other DNA at the scene or without even identifying whose DNA it is.

DNA evidence can be challenged.

Can DNA Evidence Be Used After a Conviction?

In Florida, those convicted of any felony may petition the court to review DNA evidence if the following is true:

Once a petition is filed with the court, then the prosecution is served a notice. From there, the prosecution has 30 days to respond. They can either agree to or fight against the petition. Petitions denied by the court are able to be appealed.

One thing to know is that appeals based on DNA evidence are not always subject to the same limitations as other appeals. This will depend on other factors, such as ineffective counsel, improper admission, or exclusion of evidence.

As experienced criminal defense attorneys, if you need someone to fight on your side against a conviction, we will fight for you. We will also use DNA when we can in our clients’ defense during and after the case, with the goal to get you the relief that you deserve. If you need a criminal defense attorney to represent you in either situation, call The Law Offices of Hoskins and Penton, P.A., in Clearwater, Florida. Reach out today for skilled guidance.

Understanding DNA Used as Evidence Motions to Suppress: Getting Evidence Excluded The Validity of Eyewitness Testimony Should I Still Hire an Attorney if I Think I’m Guilty?