To Help You Achieve Your Goals 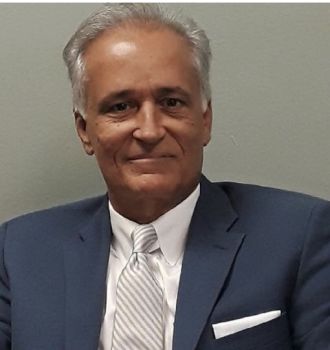 I am a native Floridian. I was born and raised in Tampa, Florida. My parents both speak Spanish and as a result I am fluent in the Spanish language as well. After graduating from high school, I attended Hillsborough Community College and earned an AA. I then attended the University of South Florida where I received a bachelor of arts in Political Science. I attended Loyola Law School in New Orleans, Louisiana and in 1985 earned my law degree.

After law school, I moved back to Florida and began working as an Assistant State Attorney for the State Attorney's Office in Orlando, Florida. I began working in the misdemeanor traffic division where I eventually tried over 50 DUI jury trials. I was also able to try hundreds of misdemeanor jury and non-jury trials. After about eighteen months in the misdemeanor traffic division I was promoted to the felony division. In the felony division, I was able to try over twenty-five felony jury trials. For a short period of time I was assigned to the MBI( Metropolitan Bureau of Investigation) division. The MBI was a Drug task force comprised of the best drug enforcement officers from approximately five local police agencies. The bureaus main office was located at the State Attorney's Office and it would only concentrate on the largest volumes of drug activity. It was at the bureau that I was given the opportunity to prosecute what would be one of the largest drug rings which were responsible for introducing hundreds of Kilos of Cocaine into the Winter Park and Orlando area on a weekly basis. The trial took several weeks and concluded with convictions for all the defendants.

"Being honest and taking charge - these things matter to our clients."

To date, I continue to represent individuals with a variety of criminal charges from traffic offenses to Murder. I have also had the opportunity to concentrate on restoring individuals driving privileges, removing prior criminal records, commuting sentences, restoring civil rights, and petitioning for pardons. This has proven to be quite rewarding as I am able to remove obstacles that allow the client to fulfill their and their families' dreams.